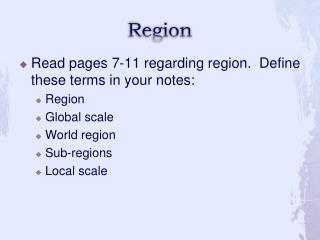 Region - . a region refers to a group of places that have the same things in common. human characteristics political

West REGION - . matthew , janybeth , zohaib and emily . states in your region. these are the states in our region.

Andean Region - . plates. this plate between the south american plate and the subduction of the nazca and the antarctic