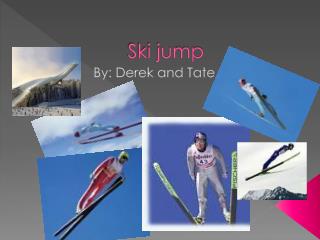 Ski jump. By: Derek and Tate. Ski jump. Ski jumping is a sport in which skiers go down a take-off ramp and attempting to fly as far as possible. In addition to the length that skiers jump, judges give points for style. Jump Frog Jump - . by robert kalan powerpoint by jeanne guichard. this is the fly that climbed out of the water. this is

Ski Dubai - Indoor Ski Resort. - One of the favourite attractions in dubai, this indoor snow park provides a lot of fun

SKI SHEETS - . this type of evacuation equipment has been manufactured for hospitals, nursing homes &amp; hospices,

SKI-PADS - . ski-pads. these evacuation aids were originally developed for hospitals and nursing homes in the early

Ski- ing - . by fezhan ali. where would you go ski- ing in britan and europe. in scotland you can go to: glencoe, nevis

Ski Jumping - . 1st time at the o lympics. ski jumping has been a part of the sochi 2014 olympic games since the very