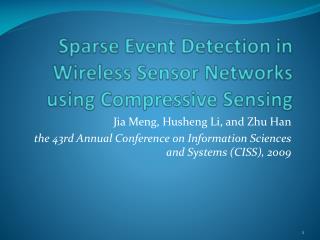 Compressive Sensing: - . an introduction and survey of applications. objectives. description of theory discussion of