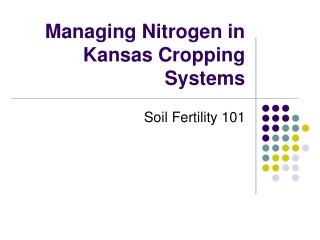 NITROGEN GENERATION SYSTEMS - . the hp-3000 series. why use n 2 for tyre inflation?. n 2 an inert gas the presence of

NITROGEN IN PLANETARY SYSTEMS Barcelona 2011 - . magma ocean. a number of models for the early earth suggest a surface

INTER CROPPING IN GRAPES - . next. end. grape orchard provides an opportunity for utilizing the land space to its

Double Cropping in Gujarat - . event 3. double cropping in gujarat. a large scale change in the cropping pattern was