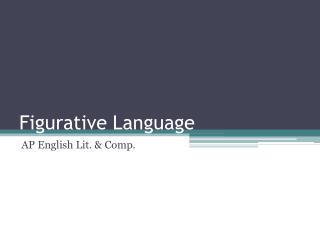 Procedure of planning - . linguistic/ innatist theory. principles of language are inborn not learned. language is a

How is language originated? - . gestural language and vocal language depend on similar neural systems. nonhuman primates

Author’s Craft - . eq: how does an author craft a good story?. author’s craft. the specific techniques that an author

Persuasive Language - . a guide to completing a successful language analysis. the task. analyse the use of language (both

Evolution of Language - . language and communication week 7 mike dowman. how does language change over time?. produce.

Figurative Language Jeopardy - Rules. always answer in the form of a question (ex. what is metaphor?)your team must pass

Similes, Metaphors and Sensory Language - . where do we commonly find examples of figurative language?. what is a

The C Language - . prof. stephen a. edwards. the c language. currently, the most commonly-used language for embedded