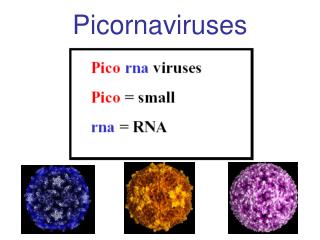 Hepatitis Viruses - . fe a. bartolome, md department of microbiology our lady of fatima university. hepatitis a.

Rhinovirus - . a.k.a. the common cold virus. the stats. one of the most common illnesses to man leading cause of doctor