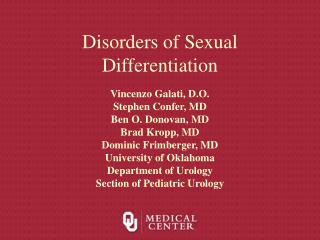 Sexual addiction and eating disorders: - . an exploration of addiction interaction in the couple dyad. jayme koerselman,

Sex Determination - . sexual differentiation. the process of development of the differences between males and females,

Differentiation in the Classroom - . “it’s not how smart they are but how they are smart” (howard gardner). session