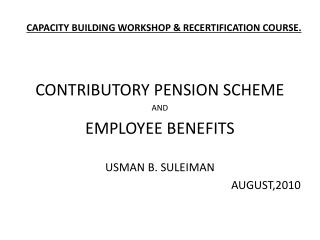 Capacity Building - . phil tarling, past chairman of the board. global strategic plan. “the iia will collaborate

AIMS OF THE CAPACITY BUILDING WORKSHOP - . to discuss the land issues that mobile indigenous peoples face in their