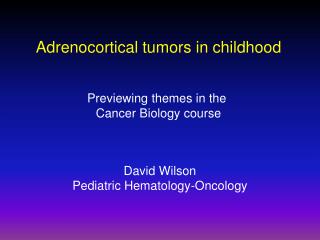 Hematology/Oncology - . brought to you by: group 7. what is not a likely clinical manifestation of leukemia?. petechiae

Hematology and Oncology - . little old lady in no acute

Pediatric Oncology - Aadi, llc, is one of the premier departments that research on pediatric oncology and has experience