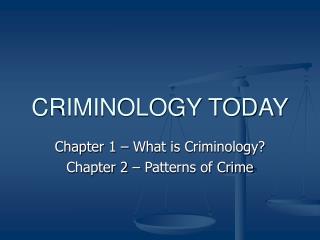 Criminology Today - . chapters 3 and 4. chapter 3: where do theories come from?. overview criminological research

Feminist Theories: Gender, Power, and Crime - . the rise of feminist criminology. for much of its history, criminology

Today we will try to answer these questions… - . what is (and what isn’t) social media (some )? how can we use some