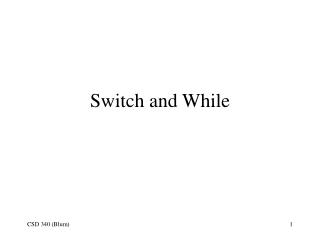 Bate and Switch - What you thought you were getting…. what you got…. bate and switch. legal liability of design and

Switch - . switch how to change things when change is hard based on the book by chip heath and dan heath. objectives .