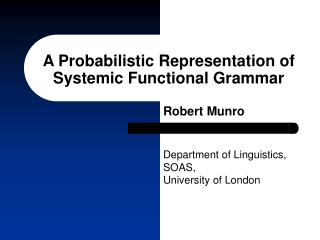 A Probabilistic Approach to Semantic Representation - . tom griffiths mark steyvers josh tenenbaum. how do we store the

Functional Compositionality - . some linguistic forms are elemental, i.e. they cannot be broken down into more basic