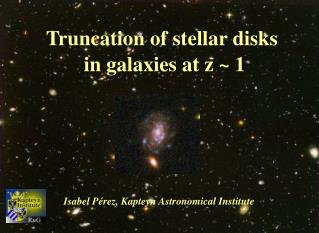 Chapter 13 Galaxies: Normal and Active - . in this chapter, you will try to understand how galaxies form and evolve. you

Chapter 15 A Universe of Galaxies - . in this chapter we will see: what are the three types of galaxies? how do we

Cosmology - . the expansion of the universe: (the hubble law). key concepts: 1. all galaxies beyond the local group are

Galaxies - . chapter twenty-six. guiding questions. how did astronomers first discover other galaxies? how did

Disks and Formatting - Chapter 3. disks and formatting. overview. the need for formatting a disk will be discussed.