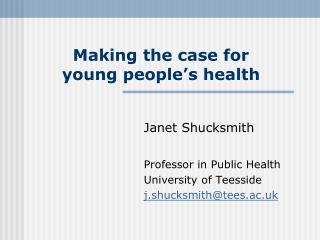 A better life for every young person : 11-19 Reform - . what are we trying to achieve?. skills :continuing to improve the

The Health of Young People - . workshop aims. to determine what is good health for young people to review the

Making children and young people our national priority OUR VISION: - We will work with and on behalf of children and

NHWN AND YOUNG PEOPLE - . introducing catch22 why involve young people? how can we help?. our beliefs and purpose. we

THE YOUNG PEOPLE - Young people: the center of the epidemic  out of 40 million plwhas… 11.8 million are