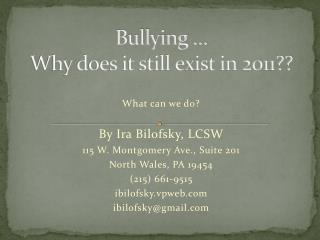 The Dangers of Being a Teen in the New Millennium - . parents, this is not the childhood that you had…. things

The Trauma of Bullying-Victims and Perpetrators - . this research was supported by centers for disease control &amp;

Conflict Management Resolution Strategies Bullying Decision Making - . “i’m so angry!”. “what are we so mad