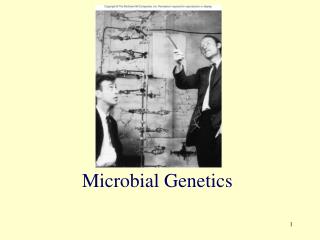 Genetics - . reproduction review (not in genetics notes) genetic information is passed on through the process of

Introduction to Genetics - . chapter 11 (m). genetics and inheritance. genetics  the study of heredity that deals with

Genetics - . what dna is telling us!. unit goals. the student will investigate and understand common mechanisms of

SpongeBob Genetics 1 &amp; 2 - . to be used with http://sciencespot.net/pages/classbio.html#anchor-genetics.