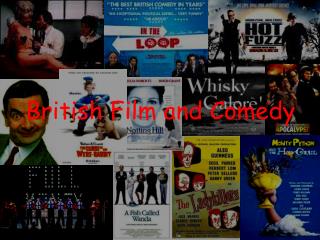 British Film and Comedy - . learning objectives - to review understanding of macro features from as media - to develop

British Film and Genre (Comedy) - . lo: prepare for mock exam. mock exam question. what are some of the narrative

BRITISH COMEDY AND HUMOUR - . “ it is clear that humour is far more superior than humor.” – oscar wilde. british

British Comedy Revision Lesson - . lo: develop opinions about messages and values and the representation of characters in

Defining British Film - . the b ritish f ilm i nstitute (bfi) divides films into the following categories: category a :

FM2 : British and American Film - . kind hearts and coronets. briefly summarise the plot of the film what are the main

FM2 : British and American Film - . discuss in pairs the importance and relevance of :. ealing’s location balcon’s

FM2 : British and American Film – Ealing Studios - . objective :. to explore the ways in which the ladykillers can be

How British is a film? - Films co-funded with money from britain &amp; foreign investment, but majority of finance,