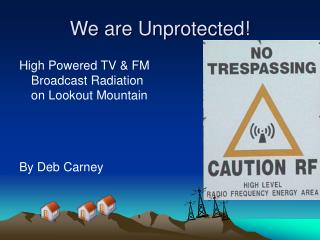 Your Global Business Partner - ` your global business partner why trade with canada? canada and the u.s. share the

Honeycomb and the current state of Honeypot Technology - . christian kreibich. coming up. introduction to honeypots

Updates on the evaluation and management of Azoospermia - . presented by omar chahal md. supervised by dr khaled el

Hypothermia - . we will cover. what is hypothermia how the body is affected by the cold the unprotected swimmer our

How to survive in a world of Virtualization and Cloud Computing, - . where you even can ’ t trust your own environment

Invisibility of Mexican Migrant Workers - The poisoning of indigenous migrant women workers and children: from deadly

FALL PROTECTION - . duty to have fall protection. protection at or above 6’ level walking/working surfaces inspected

Ankle Injuries - . by: robert morin &amp; angel poltorak. soccer is the most unprotected contact sport which makes an