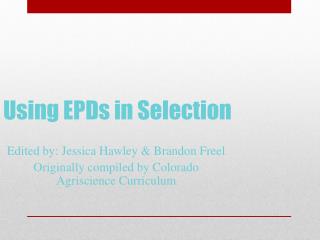 Using the selection structure (Unit 7) - . visual basic for applications. objectives. in this unit, you will learn how