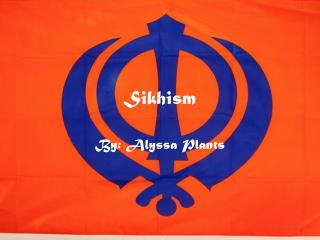 Sikhism. By: Alyssa Plants. What is Sikhism?. Sikhism is a monotheistic religion that was founded by Guru Nanak over 500 years ago in the Punjab region. Although it is the world’s youngest religion, Sikhism is the fifth largest religion in the world, totaling over 20 million followers. Sikhism - . homeland of sikhism is the punjab area of india sihism is a young faith (only from the 15 th century) an

Sikhism - . joy draper. basics:. sikhism was founded by guru nanak it’s based on living worldly without being

Sikhism - . sikhism. the life of nanak. starting in the tenth century, muslims made inroads india arrived in the

Sikhism - . objectives . students will be able to: i dentify the key concepts and traditions sikhism d escribe the

SIKHISM - . amritsar is the holy city for sikhs and is home of the golden temple. golden temple, amritsar. sikhs went

SIKHISM - . founded in punjab by guru nanak in the 15 th century. sikhism began as a reaction against the caste system

SIKHISM - . amritsar is the holy city for sikhs and is home of the golden temple. golden temple, amritsar. sikhs went

Sikhism - . a religion presentation - arthur dickerson. what is a sikh?. the word 'sikh' means disciple in the punjabi