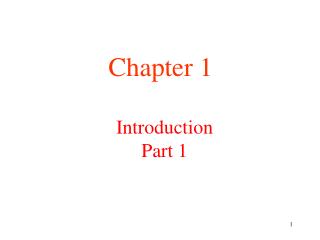 Introduction Part 1. Chapter 1. Before we start to examine the technical issues of computer networks in detail, it is worth devoting some time to pointing out why people are interested in computer networks and what they can be used for. Uses of Computer Networks. Business Applications

The Criss Library at UNO - . an introduction to information literacy and the basics of library research. table of