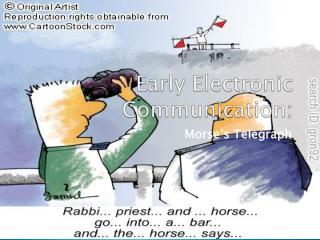 Early Electronic Communication:. Morse’s Telegraph. Objectives. Compare and contrast Morse’s telegraph and other contributing inventions and decide which one was the most important to the Industrial Revolution. PROFESSIONAL ELECTRONIC COMMUNICATION - . always be professional remember to use your school e-mail for school business