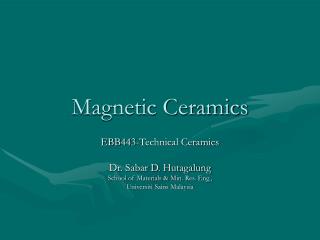 Ceramics - Ceramics a wide-ranging group of materials whose ingredients are clays, sand and felspar. clays contain some

Ceramics - . please get out notebook paper and set up cornell notes. clay. a natural material found in the earth. is

Ceramics - . ceramic objects are made with inorganic, non-metallic materials that are heated and then cooled. these

Ceramics - . by mrs. breckenridge. ceramic vocabulary. wedging. before you begin to work with your clay you need to wedge

CERAMICS - . properties of ceramic. they are distiguished by its bonding which is ionic or covalent bonding high elastic

Ceramics - Lesson 1a. ceramics. what is ceramics? the art of making objects out of clay what is clay? a fine grain

Ceramics - . ceramics. a wide-ranging group of materials whose ingredients are clays, sand and felspar. clays. contain

Ceramics - . bas relief. baptistry in florence with the “duomo” in the background. brunelleschi’s design.

A Hydrophobic Comparison of Ceramics to UHMWPE - . background. ski bases are made out of ultra high molecular weight