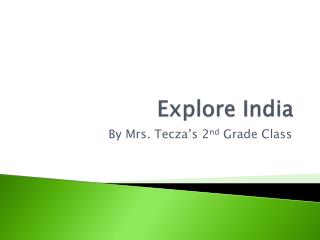 Explore India as a Tourist - India is known as the land of historic monuments and culture. let us know some places which

Explore North India with Ajmer & Pushkar - After that, you will move towards rajasthan state and the first city to

Explore The Unexplored Wildlife of India - Besides providing the best experience to you, wildlife tour operators in india

Favorite India Tour Packages: Explore North India this summer - You can choose one of the india tour packages. it can be

EXPLORE INDIA TOUR PACKAGES WITH SUSHANT TRAVELS - We want to hold your experiences unique, exclusive and in your

Explore - Oak mountain middle school eight grade. explore. what is the explore test?. published by act a component of the