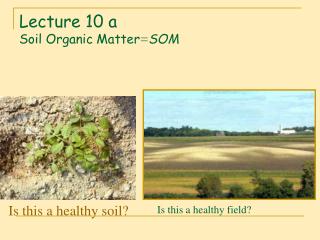 Lecture #6 – Plant Nutrition and Soils - . image – a soil profile. key concepts:. resources which are required how

Soils and Minerals - Unit 5. soils and minerals. what is soil?. relatively thin surface layer of the earth’s crust