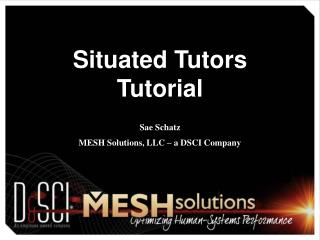 Situated Evaluation - . chip bruce march 9, 1999. constructivism. “our perceptions do not come simply from the objects

Plans and Situated Actions - . planning view. plans are prerequisite to and prescribe action at every level of detail