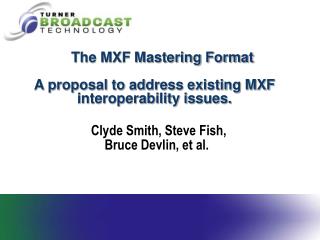 FY15 21 st CCLC Request for Proposal (RFP) Workshop - . 1. goals. assist in determining if this grant is suitable for

Mastering My Career - . making a difference —for yourself and the organization. workshop

APA – The Format - . how to write your paper in proper apa format.

Chapter 27 - . next generation: ipv6 and icmpv6. objectives . upon completion you will be able to:. understand the

H.263 - The proposal after reading through h.263 specifications is that we can for this format have it summarised very