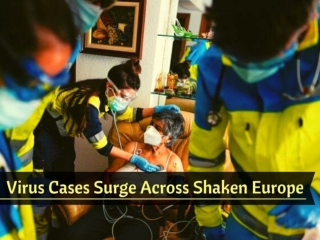 European nations are imposing curfews, closing schools, and enlisting student medics as overwhelmed authorities face the nightmare scenario of a COVID resurgence at the onset of winter.

The Conservative Order Shaken in Europe - . i. how did the governments of these countries respond?.

Communication across Europe - . it snowed a lot – a stereotype or

Europe Research PowerPoint - . each group (2-3) must choose two countries from europe and create a ppt that teaches their