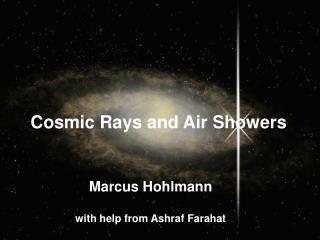 Cosmic Rays and Air Showers. Marcus Hohlmann with help from Ashraf Farahat. 1- Have you ever wondered what you are made off? 2-Where did the elements come from that make up your body?