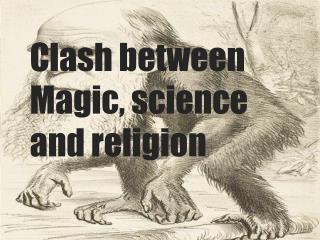 Religion &amp; State in Malaysia - Religious composition article 3 art 3 (1) islam is the religion of the federation

The Magic Box - By kit wright. i will put in the boxthe swish of a silk sari on a summer night, fire from the nostrils

History of the Science of Religion - . a. religion—from latin “religio” 1. originally seems to referred to as

Math-magic Show - . a few instructions. some tricks directed to the audience most will involve one or more assistants a

What is Religion? - . religion is an institution found in all societies. it is classed as an important aspect of social

What is Science? - . science &amp; measurement a. the nature of science * 1. science is the total collection of