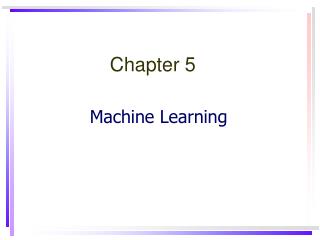 Machine Learning - . a large and fascinating field; there’s much more than what you’ll see in this class!. what