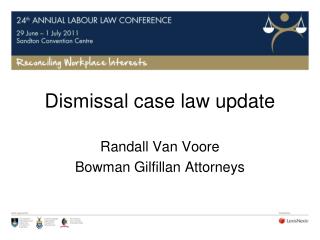 Wrongful Dismissal | Employment Law - Vwlawyers.ca - Vey willetts llp can help you if anything goes wrong at your