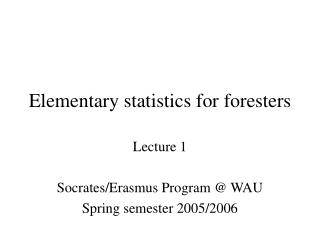 Elementary statistics for foresters. Lecture 1 Socrates/Erasmus Program @ WAU Spring semester 2005/2006. Instead of introduction :. a few quotes from smart people. Statistics is a pain.