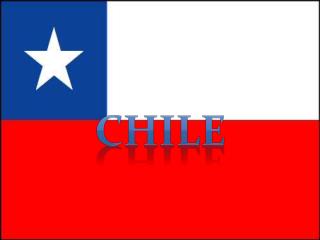 CHILE. Introduction. Chile , officially the Republic of Chile, is a country in South America occupying a long, narrow coastal strip between the Andes mountains to the east and the Pacific Ocean to the west. Chile - . chile is located on the west coast of south america. it shares borders with peru, bolivia, and argentina.