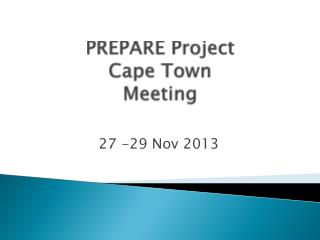 IRIS Project Town Hall Meeting - . september 22, 2005. today’s agenda. getting ready day one logging on through the

GEO “Ministerial” Meeting in Cape Town November 2007 - . what did argo supply in support of this…. three people,

Cape Town August 2013 - Using complexity theory to explore communities of philosophical enquiry: a rationale and some

Cape Town Cycling Vacations - Want to enjoy an exhilarating road cycling tour in cape town? you will get the best deals