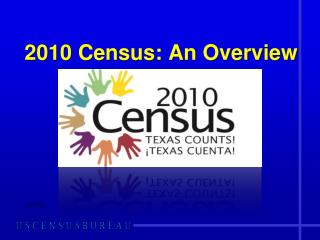 Decennial Census A Base for Community Analysis - . grace york university of michigan march 2007. components of your

The 2007 Population and Housing Census of Ethiopia - . recent experiences of census undertaking in pastoral areas and

The 2010 Census and Demographic Change - . leo f. estrada, phd ucla school of public affairs. the origins of the census.