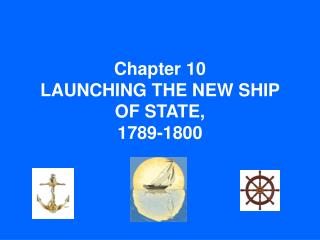 Chapter 10 LAUNCHING THE NEW SHIP OF STATE, 1789-1800. Note: “Ship of state” is a phrase from Henry Wadsworth Longfellow’s poem The Building of the Ship. This is the final stanza:. UNIT 6 Industrialism and a New Global Age 1800-1914 - . life in the industrial age national triumphs in europe growth of