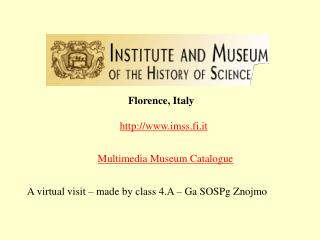 Emanuela Cresti LABLITA- University of Florence Lisbon, May 5 2003 - For a corpus based linguistics of spoken language

PAMELA - The science and first r esults of the pamela s pace mission mirko boezio infn trieste, italy on behalf of the

Permanent establishment in Italy - . legal and tax aspects of a foreign subject . how can a foreign company carry out a

Chapter 13 The High Renaissance and Mannerism in Italy - . culture and values, 8 th ed. cunningham and reich and