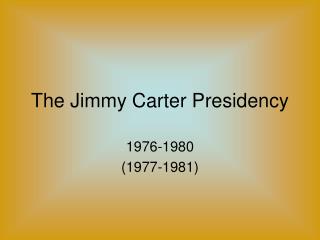 Fidel Castro: 1926-2016 - Fidel castro, the cuban revolutionary leader who built a communist state on the doorstep of the

THE FORD AND CARTER YEARS - . chapter 32, section 3. quiz. 1. who succeeded richard nixon as president? 2. who won