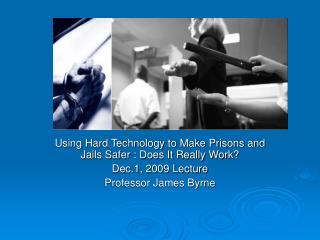 Kilmarnock Prison - . the prison was opened 25 march 1999 and is privately run by serco (formerly known as premier prison

Prison populations - . what are the legal standards? (from the un minimum rules for treatment of prisoners). 8. the

Post -Prison - . hitler continued to rise to the top of the nazi party. others were simultaneously vying to be top dog.

Prison Love - . by jami crawford. why would a person marry someone in prison?. rescue fantasies need to

Prison Hulks - . by ben gallego. the beginning of the prison hulks in england. the 18 th century has been characterised

Prison works ... - Prison works . ... but only if you get the right sentence 2 to 4 years: lower re-offending rates than