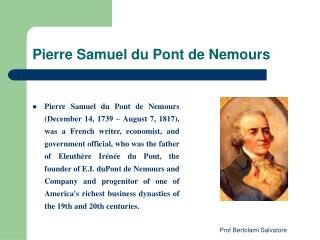 Du Pont Corporation - . the single largest corporate polluter in the united states in 1989, du pont and its subsidiaries

Alfred I. du Pont - . biography. he was born on may 12, 1864 in wilmington, delaware he attended mit hi family was known