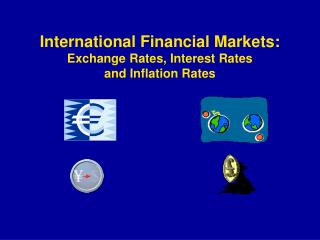 International Financial Markets: Exchange Rates, Interest Rates and Inflation Rates. Exchange Rates. Price of a unit of one currency in terms of another; e.g. £/$, €/$ People care about what a currency can bring in terms of goods & services or a rate of return

KINETICS: RATES AND MECHANISMS OF CHEMICAL REACTIONS - . chemical kinetics – t he study of the rate of reactions, the