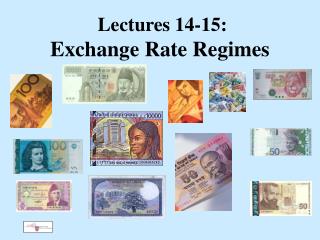 Aim of the paper: - Exchange rate regimes and sustainable parities for ceecs in the run-up to emu membership virginie