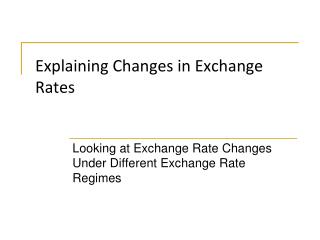 Chapter 16 - . price levels and the exchange rate in the long run. preview. law of one price purchasing power parity