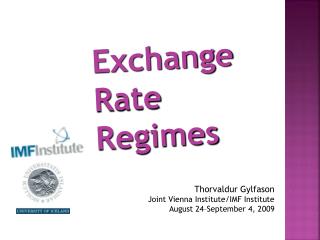 Exchange Rate Regimes - . fixed exchange rates and the adjustment of the real exchange rate. in the medium run, the