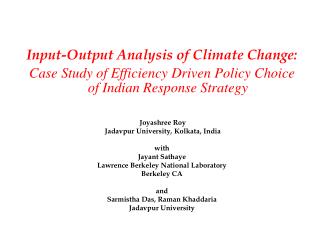 This lecture will help you understand: - The earth’s climate system human influences on the atmosphere and climate