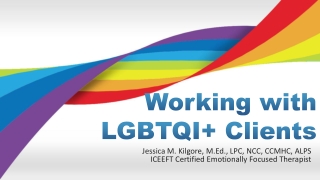 Working with - . business partners and citizens. to provide driver and vehicle information in web format to increase

Big Tobacco’s Impact on LGBTQI Communities - . lgbtqi are at least 35% more likely to smoke than

Working with texts - . una cunningham. pre-reading or listening. prediction – give your students the title of the news

Working with Literature - . what should i be reading and what do i do with it all?. the importance of working with

Working With Families - . by: stephanie carpino. the experience of disability from the perspective of parents of children

Working With Sewage - . introduction are you at risk? protecting yourself if you become ill. sewage. work activities may

Working with quotations - . q-tips or quotation tips **how to create a lead-in to a quote. what is a lead-in?. a lead-in