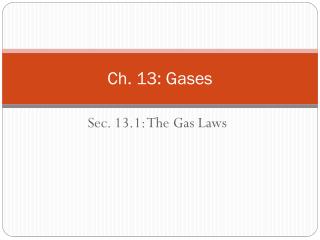 Blood Gases, pH and Buffer system - . part 1. introduction. an important aspect of clinical chemistry is information on a

CHAPTER 5 - . the gaseous state. i. characteristics of a gas. a) gases assume the shape and volume of a container. b)