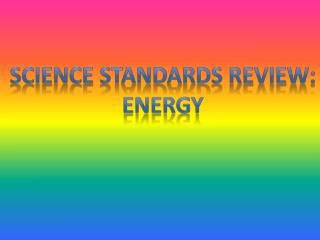 Topic 9 How Does Life Use Energy? - . dr. george lapennas dept. of biology. nature of science:. search for mechanistic