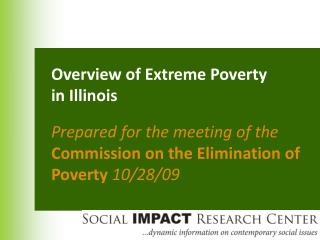 Overview of Extreme Poverty in Illinois Prepared for the meeting of the Commission on the Elimination of Poverty 10/28/09. Muddy Waters: Definitions of Poverty. Official Federal Poverty Definitions. Extreme or Deep Poverty: living below 50% of the FPL.

Extreme Sports - . listening &amp; speaking. objectives. by the end of the lesson, you’ll be able to. get to know

Integrating Financial Services into the Poverty Reduction Strategy in the Case of Ethiopia - . by: getachew teka(dr.).

Income Inequality and Poverty in Ukraine and Transition to the Market Economy - . yevgeny orel, c.sc.(econ.), docent